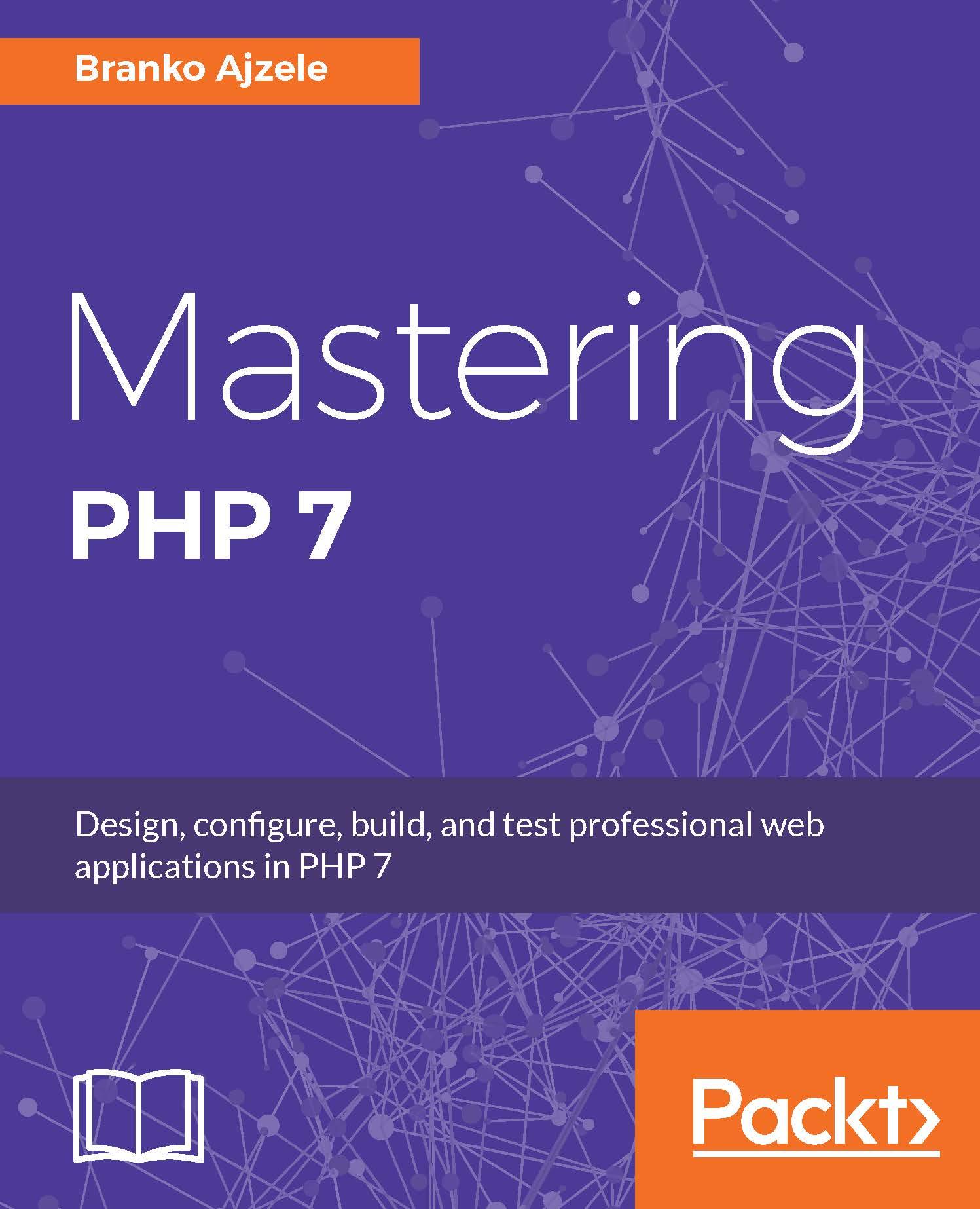 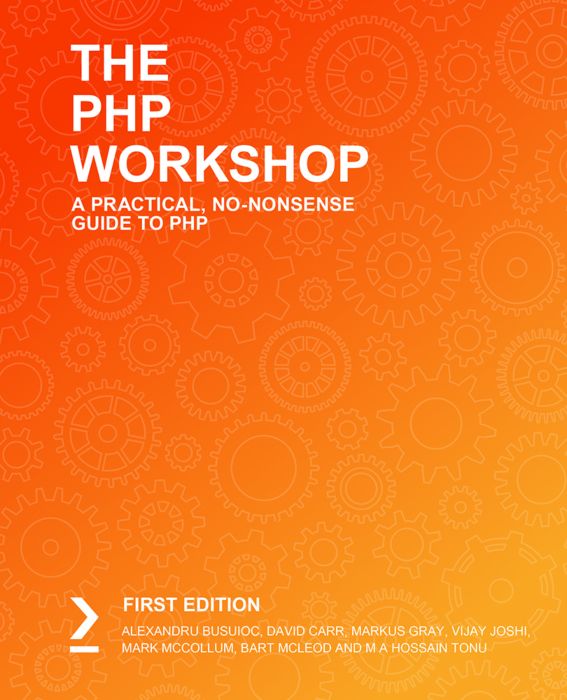 The PHP Workshop: A Practical, No-Nonsense Guide to PHP

Article of the week

Checklist: 8 Things to Do When Launching Laravel Project LIVE,
laraveldaily.com

After having launched a couple dozens of projects with Laravel, I decided to create a checklist for the launches. The problem is quite often something is forgotten or overlooked – either from our team side, or from the client.

Once the videos are released I'll be able to update this post with more info, since I was on an audio-only stream for the majority of this. I'll be writing my usual longer, in-depth blog posts about each of the new 5.

As we all know we’re getting more closer to Laravel 5.3 release and expecting some cool features. So today I thought I should write my own perspective on this release. There are lots of changes including some big changes and some small changes we’re expecting to see in this release.

Laracon US 2016 Conference is Sold Out! With the 2016 Laracon US conference already sold out and just but a few weeks away, it is expected that Laravel 5.3 will be released during the 3 day conference from July 27th to July 29th of 2016.

In Laravel 5.3, we have a new validation option: image dimensions for image uploads. The validation rule is called dimensions, and you can pass the following parameters to it: You can combine any rules that make sense together. Let's take a look at a few examples.

Improvements to Authentication in Laravel 5.3
josephsilber.com

Authentication has gotten some nice improvements in 5.3, so let's examine it piece by piece. We'll start with the current state of affairs, then take it from there. The auth middleware. Using this middleware on a route, you can restrict access to logged-in users.

As we are getting closer to the launch of Laravel 5.3 new features, seem to come out almost daily. The latest is a change to the “App” folder and in a move to simplify it, the Events, Jobs, Listeners, and Policies folders are now gone.

A Brief History of Laravel
medium.com

At Vehikl, we use the Laravel PHP framework in most of our web application development. We’ve long been a part of the Laravel and open source communities, actively contributing to both by authoring packages, volunteering time, and supporting conferences.

How to Use Laravel Config Files
scotch.io

You discover that storing files on your own server is extra load, so not ideal. You open your web browser and do a google search on "efficient ways to store files". Finally, you decide to use Amazon S3. Since you are a Laravel user, you open config/filesystems.

The Eloquent Model can actually do tons of things in a very smart and easy way. However, something can be improved in terms of code to write every time you want to do a specific operation.

Laravel is a very popular PHP framework. It's known for it's ease of use and complementary side projects such as the Homestead Vagrant box. Laravel is very opinionated, but so far it's been lacking a default choice for a front end JavaScript framework. That changed today with Vue.

Null objects can act as simple and silent defaults in many situations and provide a generic default if the intended value does not exist. This helps, in many situations, to avoid the conditionals that we usually write for all values getting passed around in models and collections.

How to start writing tests with Laravel 5.2
www.youtube.com

How to create custom Middleware to make a route group available only during
testinglearninglaravel.net

Catzie wrote a tutorial on how to create custom middleware to make a route group available only during testing. I needed to protect a group of routes from everything except my testing environment.

Built with Laravel: 10+ Reputable Companies and Startups that Use Laravel Framework for their Web Projects
belitsoft.com

When we receive a new request for web project development and recommend the use of Laravel for the development, we are often asked whether great or widely known companies are using Laravel.

Append the following config on your .env file. Please see CHANGELOG for more information what has changed recently.

Every single company depends on software, and startups are no exception. Software has gone from being critical to every business, to BEING the business. Software creation is an art, a craft, and a process.

Build Scalable Newsfeeds with PHP 7 and Laravel – in 60 Minutes
blog.getstream.io

With all the excitement around the release of PHP 7 – here at Stream we have decided to give our own PHP a refresher – from our client, example apps, and Laravel framework integration. PHP 7 boasts huge jumps in performance over PHP 5.X, as well as language feature additions.

Can We Use Laravel to Build a Custom Google Drive UI?
www.sitepoint.com

In this tutorial, we’re going to build an app that talks to the Google Drive API. It will have file search, upload, download and delete features. If you want to follow along, you can clone the repo from Github.

Build Scalable Newsfeeds with PHP 7 and Laravel – in 60 Minutes
blog.getstream.io

With all the excitement around the release of PHP 7 – here at Stream we have decided to give our own PHP a refresher – from our client, example apps, and Laravel framework integration. PHP 7 boasts huge jumps in performance over PHP 5.X, as well as language feature additions.

Laravel is currently the most starred PHP framework on GitHub and also the most popular PHP framework. Thanks to Taylor Otwell and the Laravel community, many companies and people are building awesome applications with this framework.

Installing better error messages is easy in Laravel 5.2 or 5.3. We will install the Whoops package, which was the same package that handled errors in Laravel 4, but was later taken out in Laravel 5.This video will show you how to install this back in. It requires a basic composer install and then yo

How to Set API Rate Limiting in Laravel
www.cloudways.com

We’re going to continue with our discussion on Laravel and website security and introduce an API endpoint. I will also explore Laravel’s rate limiting functionality. To set things in proper context, i will use the to-do app developed in the previous article. What is rate limiting?

Hello, Laravel Friends! You know you should mock services like API calls when you're testing, but that means a whole new set of techniques to learn. Sometimes we *are* in a hurry and need to get things done, not spend a day studying.

How to detect and diagnose Laravel application errors with Rollbar
learninglaravel.net

Rollbar is gaining a huge popularity in Laravel community. We can use Rollbar to track production errors and deployments in 8 minutes or less. Rollbar is free to use and it supports all major languages and frameworks, such as PHP, Node.js, Angularjs, Ruby, Java, Swift, Python, etc.

I’m working on a Project, where mails will be sent to users for several reasons. I read about some useful packages for Laravel help handle emails while in dev or test environments.

At my day job, we recently enabled monitoring of our web server logs for 500 level error codes. Subsequent to this, we discovered that we started getting an influx of these errors from our Laravel sites.

Scheduling Tasks in Laravel, When You Can’t Run the Main Task Every
Minutetechxplorer.com

Earlier this week I posted the first post, in what I hope will become a series of posts, on my explorations with Laravel and building my own dashboard. The first post focussed on the functionality records pings from my home server.

Handling Relationships in Laravel can’t be a easy task for beginners . In this article you will learn  some useful tips Tomake it easier  . Let’s suppose that we are searching for the document number of a specific user. We will use the User and IdentityDocument entities we just saw.

In laravel 5.3 implicit controller routes will be removed from the framework, the functionality will likely be extracted into a separate package, however if you'd like to make the move and start using explicit routes this package will help you. Replace the content of your routes.

Now that everyone is super comfortable with composer, I thought I’d share these two gems which I didn’t know or think about. This command lists all of your packages installed with composer.