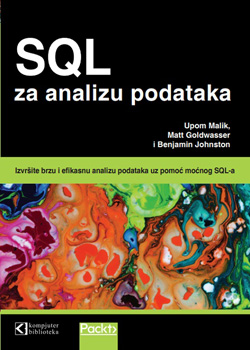 NoSQL, No Injection? Analysis and Mitigation of NoSQL Injections
In this talk, we analyze the techniques for injecting malicious code into NoSQL data stores, providing examples of new NoSQL injections as well as CSRF attacks allowing an attacker to bypass perimeter defenses, such as firewalls. We analyze the source of these vulnerabilities and present methodologies to mitigate the attacks. Since code analysis alone is insufficient to prevent the attacks in today's typical large scale deployment, we describe the mitigations that should be done through the entire software lifecycle.

DynamoDB - The Paper That Changed The Database World
In this talk we'll go through the main parts of Dynamo and discuss them in the context of how Apache Cassandra has implemented them. We'll cover:; Consistent hashing; Strategies for replication; Working out distributed state with Gossip; Recovering from failure with Hinted handoff and Anti-entropy repair;We'll also talk about why picking a masterless architecture, and trading availability and partition tolerance for consistency really can lead to a linearly scalable database.

Building a scalable platform for streaming updates and analytics
In this episode of the O'Reilly Data Show, I sit down with Evan Chan, distinguished engineer at Tuplejump. We talk about the early days of Spark (particularly his contributions to Spark/Cassandra integration), his interesting new open source project (FiloDB), and recent trends in cloud computing.

What's New in MongoDB 3.2, Part 3: Tools and Integrations for Data Analysts and DBAs
In this post, I'll provide an overview of new tools and integrations supporting data analysts, DBAs, and operations teams

Redis For Everything
In this talk we'll discuss how we take Redis to its extreme by examining real-world production solutions for various scenarios through building abstractions on top of Redis, while leveraging its unique properties and crafting user-friendly APIs using Ruby's magic.

bitmapist: Analytics and cohorts for Redis

bitmapist is a powerful analytics and cohort library using Redis bitmaps. Here's a guide of why it's useful and how to get started.

MongoDB Internals: From Storage Engine to Aggregation Framework
In this session, we'll describe the original design goals for WiredTiger, including considerations we made for heavily threaded hardware, large on-chip caches, and SSD storage. We'll also look at some of the latch-free and non-blocking algorithms we've implemented, as well as other techniques that improve scaling, overall throughput and latency. Finally, we'll take a look at some of the features we hope to incorporate into WiredTiger and MongoDB in the future. A full description of the Architecture that supports MongoDB, from the very low Storage Engine to the more abstract Drivers and Aggregation Framework

Beginning with taking you through essential data mining and management tasks such as munging, fetching, cleaning, and restructuring, the book then explores different model designs and the core components of effective analysis. You will then discover how to optimize your use of machine learning algorithms for classification and recommendation systems beside the traditional and more recent statistical methods.

Nchan
Nchan is a scalable, flexible pub/sub server for the modern web, built as a module for the Nginx web server. It can be configured as a standalone server, or as a shim between your application and tens, thousands, or millions of live subscribers. It can buffer messages in memory, on-disk, or via Redis. All connections are handled asynchronously and distributed among any number of worker processes. It can also scale to many nginx server instances with Redis.

Open Source Hadoop Connectors for Solr
Lucidworks has announced that several of their connectors for indexing content from Hadoop to Solr are now open source. There are six of them, with support for Spark, Hive, Pig, HBase, Storm and HDFS, all available in Github. All of them work with Solr 5.x, and include options for Kerberos-secured environments if required.