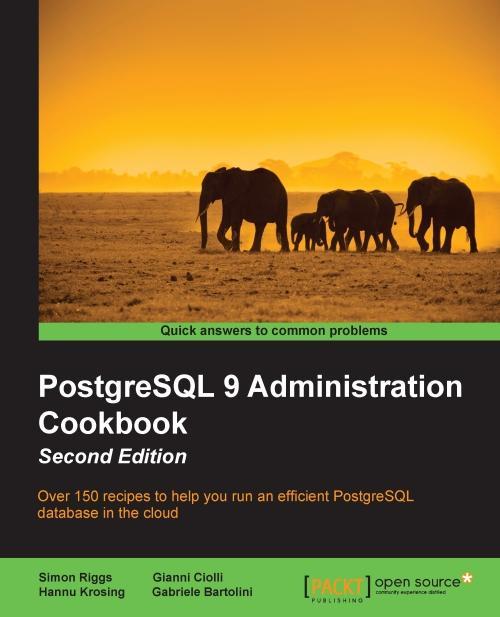 NoSQL Injection in Modern Web Applications
The threat of SQL injection in modern web applications has been left by the wayside with the rise of NoSQL databases. Unfortunately, a new, but fundamentally similar threat has taken its place: NoSQL injection. Let's take an in-depth look at this type of attack and the steps we can take to protect ourselves from it.

Anyone who's dealt with a CSV file that contains arrays or a JSON with nested fields knows the pain of shoehorning non-rectangular data into standard Python data tools, such as data frame. This presentation will show you Python best practices for managing such non-rectangular data and highlight new opportunities for using "NoSQL" Python for interesting and painless analyses of real world data.

Using Spark and Zeppelin to process big data on Kubernetes 1.2

Storing, Indexing and Searching files with Couchbase and Spring Boot

8 Solid Tips for Succeeding with Neo4j

Advanced Analytics with Spark: Patterns for Learning from Data at Scale
You'll start with an introduction to Spark and its ecosystem, and then dive into patterns that apply common techniques--classification, collaborative filtering, and anomaly detection among others--to fields such as genomics, security, and finance. If you have an entry-level understanding of machine learning and statistics, and you program in Java, Python, or Scala, you'll find these patterns useful for working on your own data applications.

REEF
REEF, the Retainable Evaluator Execution Framework, is our approach to simplify and unify the lower layers of big data systems on modern resource managers. For managers like Apache YARN, Apache Mesos, Google Omega, and Facebook Corona, REEF provides a centralized control plane abstraction that can be used to build a decentralized data plane for supporting big data systems. Special consideration is given to graph computation and machine learning applications, both of which require data retention on allocated resources to execute multiple passes over the data.

redis-api
A redis API for use with Slack.

xlator
Translation service prototype that is backed by a hosted Elasticache (Redis) instance.

Webinar: Building a Real-time Streaming Platform Using Kafka Streams and Kafka Connect
This presentation will give a brief introduction to Apache Kafka and describe it's usage as a platform for streaming data. It will explain how Kafka serves as a foundation for both streaming data pipelines and applications that consume and process real-time data streams. It will introduce some of the newer components of Kafka that help make this possible, including Kafka Connect, framework for capturing continuous data streams, and Kafka Streams, a lightweight stream processing library. Finally it will describe the lessons learned by companies like LinkedIn building massive streaming data architectures.

Using Memory-Based NoSQL Data Structures to Eliminate the Network Bottleneck - New York, NY
This session will explore how IMDGs can implement user-defined data structures by leveraging their NoSQL, object-oriented, data-parallel data model. We will also discuss techniques that lets applications define object-oriented methods which execute within the IMDG to implement a user-defined data structure. Other techniques extends this approach for scalability by distributing stored data across the IMDG's cluster of servers and performing data-parallel operations across the distributed data structure. Several examples will be described that demonstrate both the power of this approach and its ability to reduce network congestion.

Cypher for SQL Developers - London, United Kingdom
This session is an introduction to graphs for SQL developers. We'll start with an overview of Neo4j and its query language Cypher before moving on to a worked example where we'll query the same data set using a relational database and Neo4j. We'll also cover graph modeling, query optimisation and show an example of procedures which will be available in the 3.0 version of Neo4j.