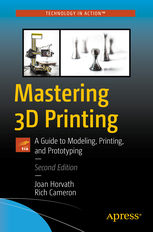 If esports are the sports of video games, this is the parkour

How video game speedruns challenge the notion of play and video games.

UNICEF recruits gamers to mine cryptocurrency for Syrian kids
It hopes to appeal to young people's desire to do social good.

Google’s “Yeti” is reportedly a gaming hardware, streaming service beast
According to The Information, Google has been working on this for the past two years.

Leaving CDProjekt RED, a first step in the dark – part 1
I am not going to tell you what you should or should not do. Instead, I will tell you what will happen if you make the same choices I made.

Phaser 3 version of the HTML5 swipe controlled Sokoban game
It’s time to start to see what changed from Phaser 2 to Phaser 3 and how to build games with the new version.

Phaser multiplayer game tutorial, part 6: room logic, max players, creating multiple games
You will be familiar with how the room system works in socket.io, and how to divide the games so that only a certain amount of players are playing in one game.

Boardgame.io - state management and more for turn based games